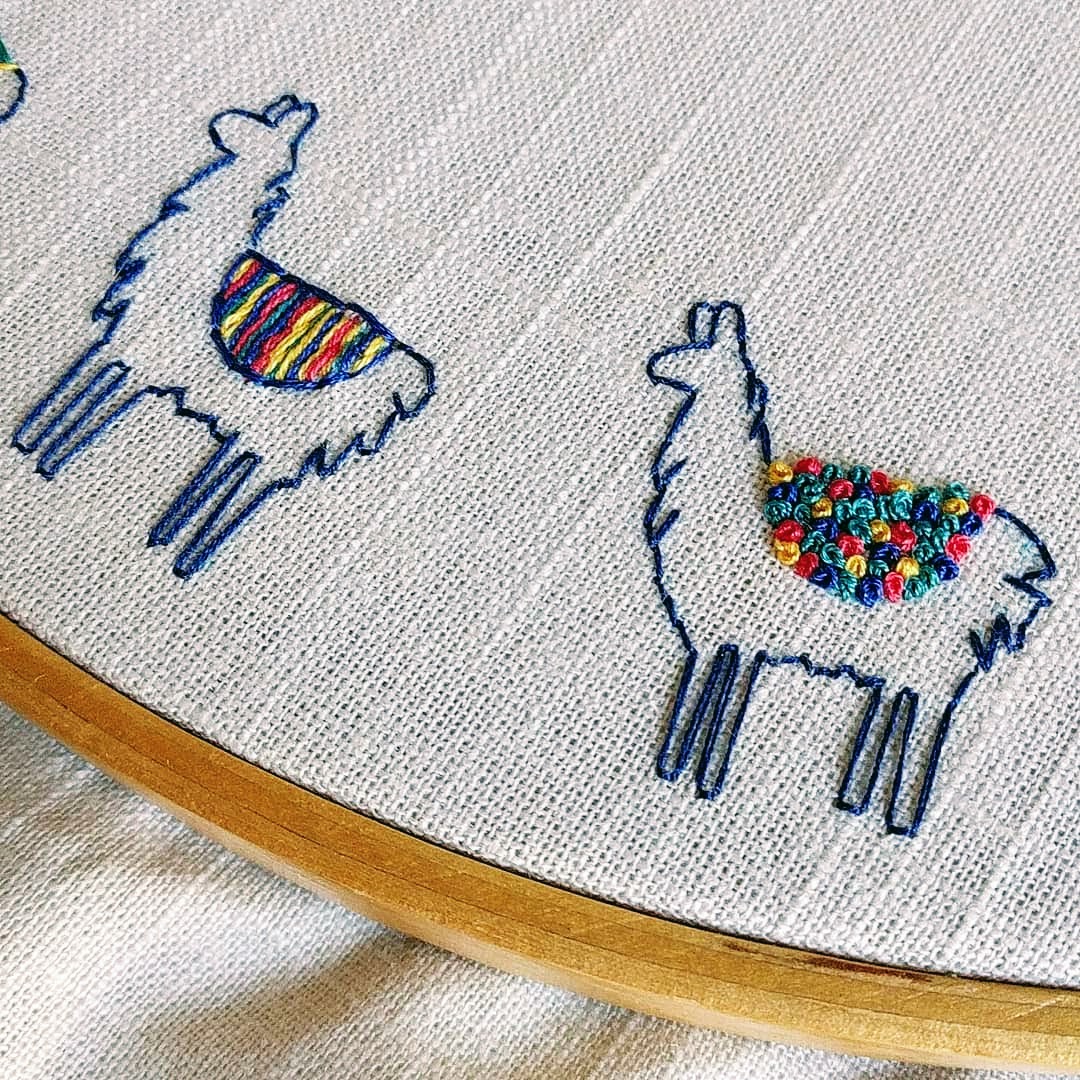 I’ve been fielding a lot of questions lately regarding why I stitch what I stitch. What’s with the llamas? And, seriously, why chickens? The answers aren’t earth-shattering, and may not even be that interesting, but these questions got me thinking about the idea of “finding inspiration” in general.

When I started embroidering, my designs were mostly experimental - I was learning what fabrics to use, which needles to use, etc. So a lot of my work felt messy and uninspired. But once I got past the technical hurdles, I was able to focus on what, exactly, I wanted to create. There were a lot of paper airplanes back in those days, as well as a lot of lettering (and, for some reason, I absolutely refused to learn flowers!).

My first “a-ha!” moment was when I decided to create pieces inspired by books I was reading. I love to read and it was almost easy to create these embroideries because they combined my newest art form with something else I enjoy. I created quite a few of these pieces, and I still have most of them… I could talk about them for hours, but I think I’ll reserve that for another blog post in the near future.

These book-inspired embroideries led to the creation of my embroidered bookmarks. Over the years, I have sold hundreds of these (both with my own designs and many with custom design ideas brought to me by people all over the country). I still make them today, and I think what I appreciate most about them is that they are not only small works of art, but they are also functional!

As for the llamas… well, I’m not exactly sure where that idea came from, to be honest! It was several years ago, and I’ve stitched hundreds of them - they don’t always look the same, which is what I like the most. As an artist, it’s refreshing to explore a new take on a familiar subject - each time I do, it’s like I fall in love with it all over again. Yes, shortly after I started working on them, llamas became extremely trendy - it was both a blessing and a curse in a way - but no matter how much longer people are “into” them, I imagine that I will still be stitching them well into the future. 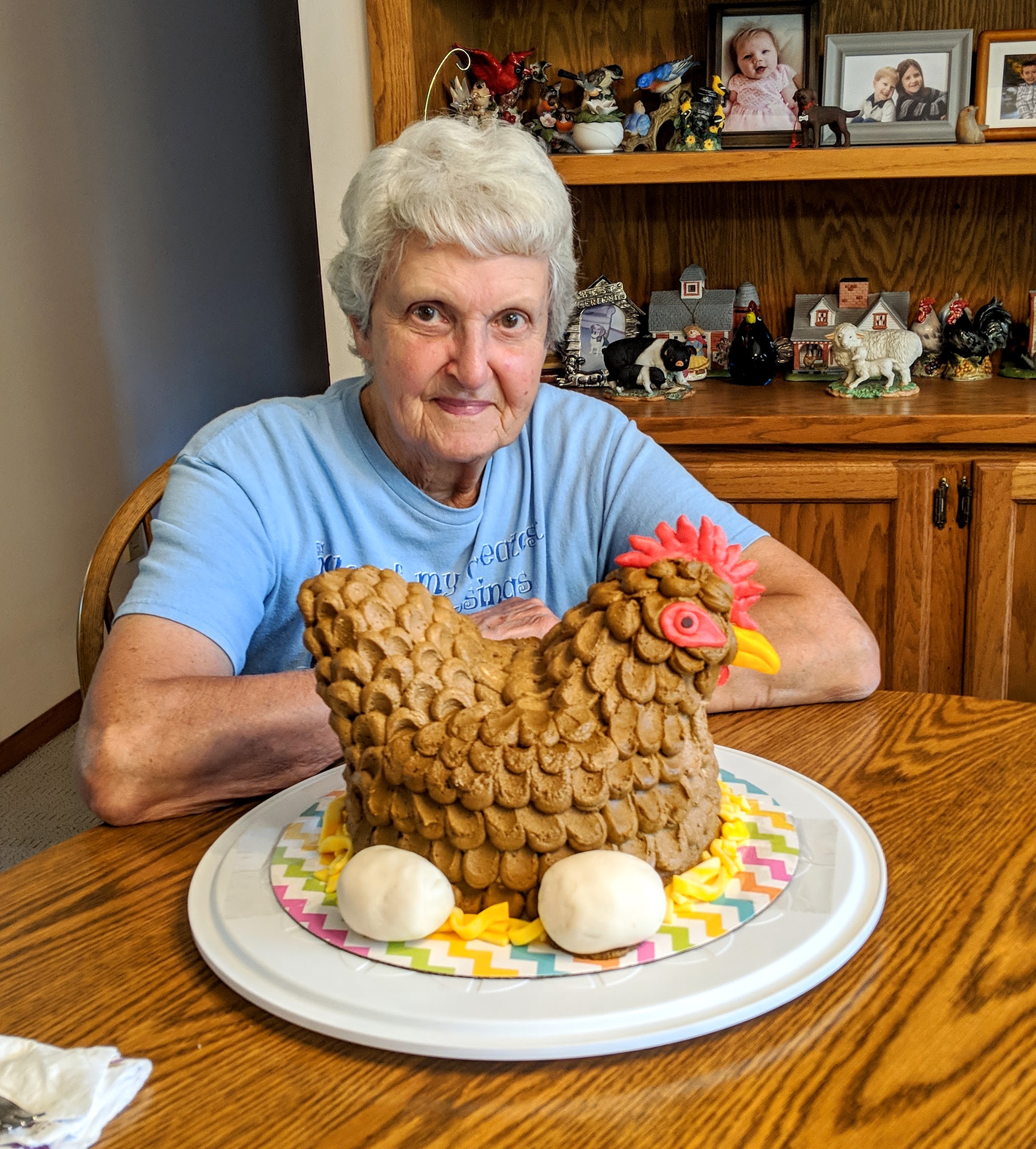 If you were reading this, hoping for a feel-good inspiration story, let me leave you with the background on my chickens… Growing up, my grandmother always had chickens. She raised them from chicks and I have so many happy memories of helping her collect the eggs, as well as feeding them through the chicken wire of their enclosure. (And, yes, I even have one vivid -and I think accurate?- memory of her chopping the head off of one - pretty sure it still ran around, just like they say…) My own children used to reference her as “Great Grandma with the chickens” and they also will hopefully remember the times when they got to feed them, just as I did. My grandma is so special to me - and a couple of years ago I even baked her a chicken cake for her birthday! So, I suppose you could say that chickens just seem like a natural subject for me to explore with my embroidery.

Inspiration is all around us - sometimes the subjects we explore are ones that our audience appreciates, and sometimes they are simply ideas that resonate in a special way for us as individuals. I do not think of myself as an artist with a particular voice - I often jump from one subject to the next, and I definitely do not have a cohesive body of work. But I think that’s okay - because, for me, I just need to create - no matter where my inspiration is coming from.